I remodeled my bathroom this summer, which was a lot of work but well worth it. I was so happy to get it finished so I could decorate it! Handmade decor can add so much to a home project. Here are the pics before and after but before decorating. 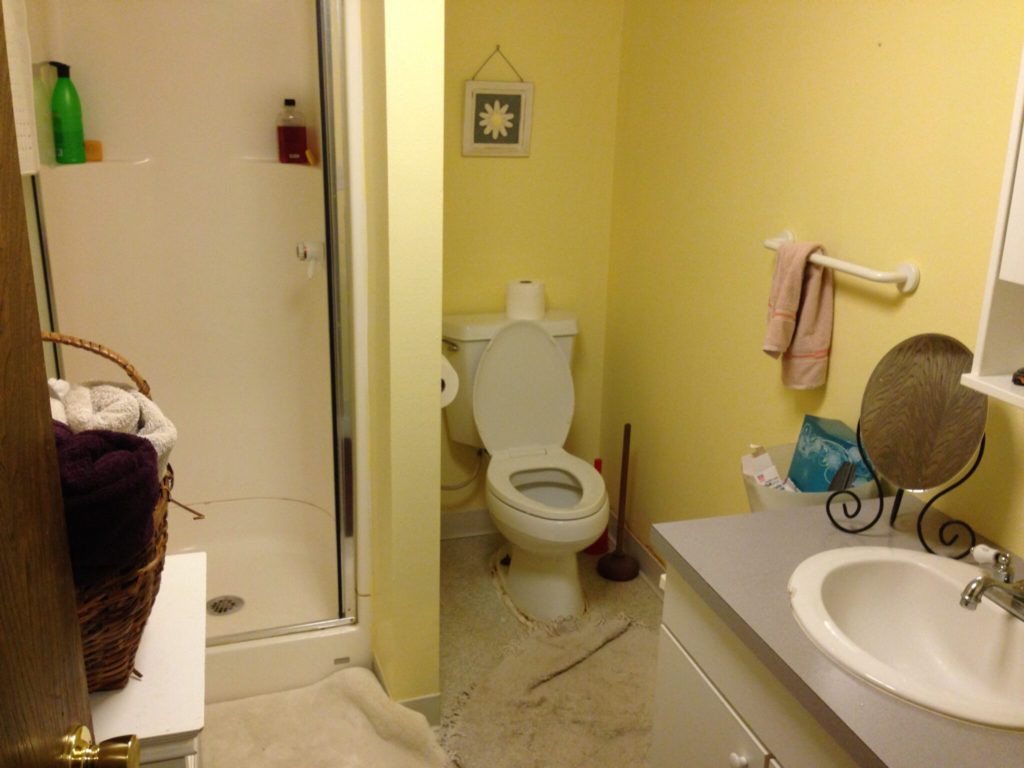 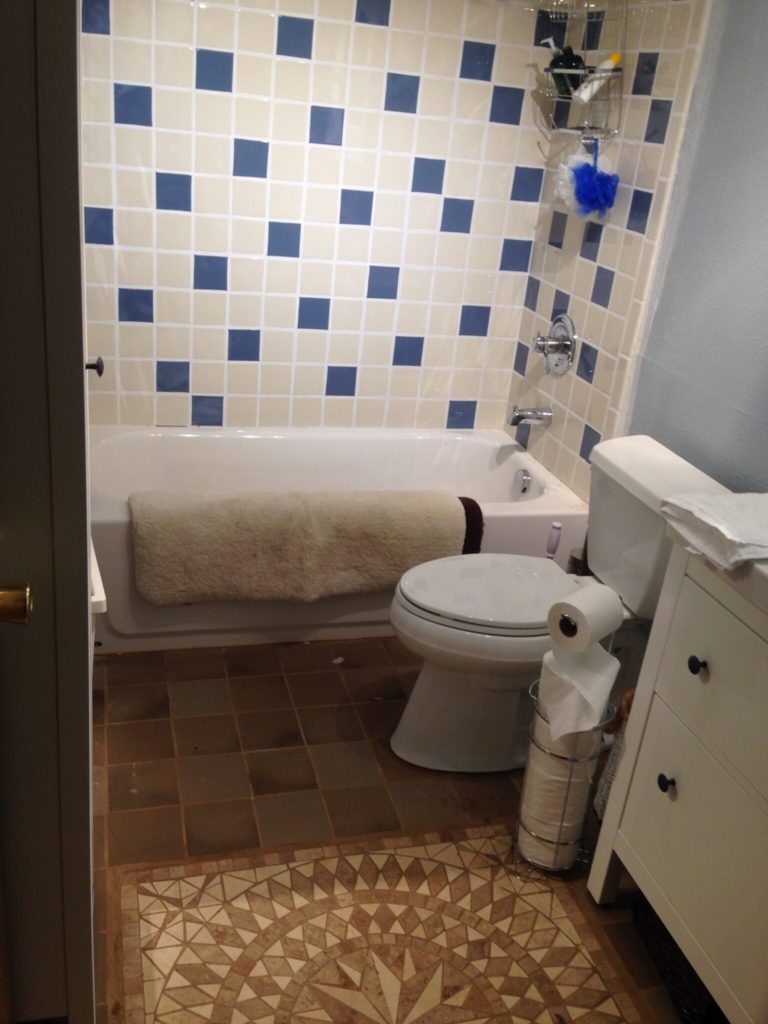 The first thing I focused on was the shower curtain. I bought one, but did so before I chose paint and it was too bright. So I bought a second one but the color clashed. Oh dear, I guess that means that I am going to have to make one!

I bought a new bedspread but it had microfiber sheets and I just don’t like them. They ball up too quickly and they don’t stay on the bed, but as a shower curtain they were perfect! I love the softness and the shiny sheen on the fabric. 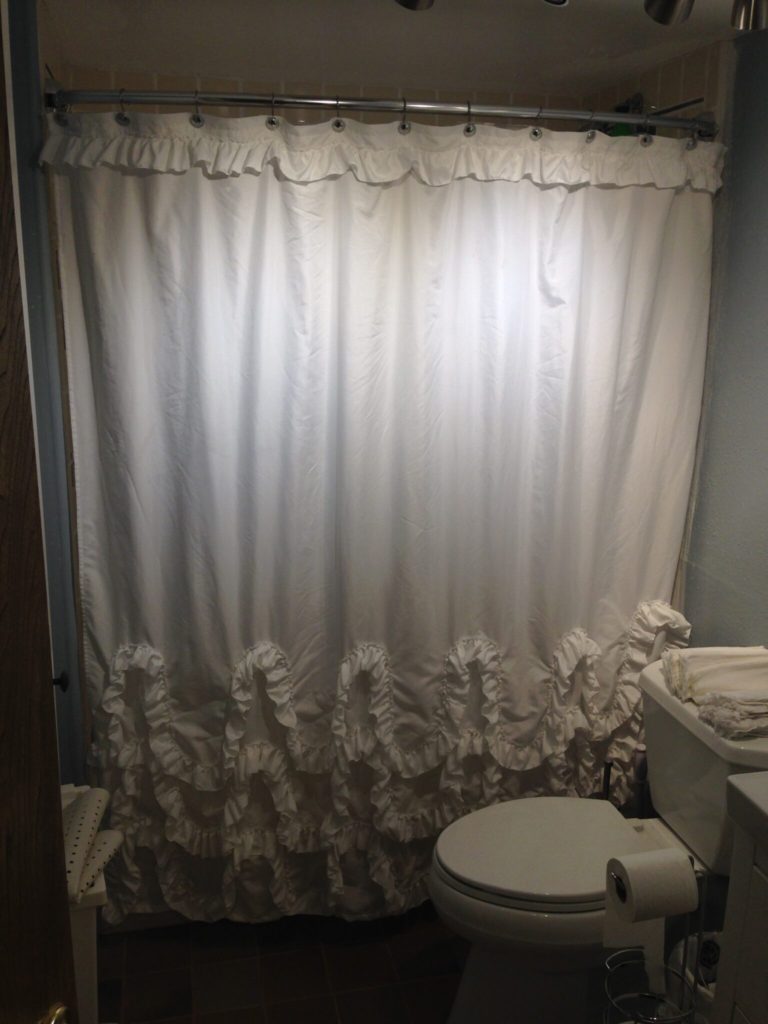 Having this beautiful shower curtain makes such a difference in my bathroom. I love it!

I wanted to make some kind of towels for my sewing students to dry their hands on. I thought of making a roll of reusable towels, I even saw some on a hook. But did not think I had enough room for either. So I took a basket, made a lining, and took the same fabric and trimmed little finger towels obtained from a garage sale. After rolling them up and putting them in the basket, I now have many drying towels available for students! 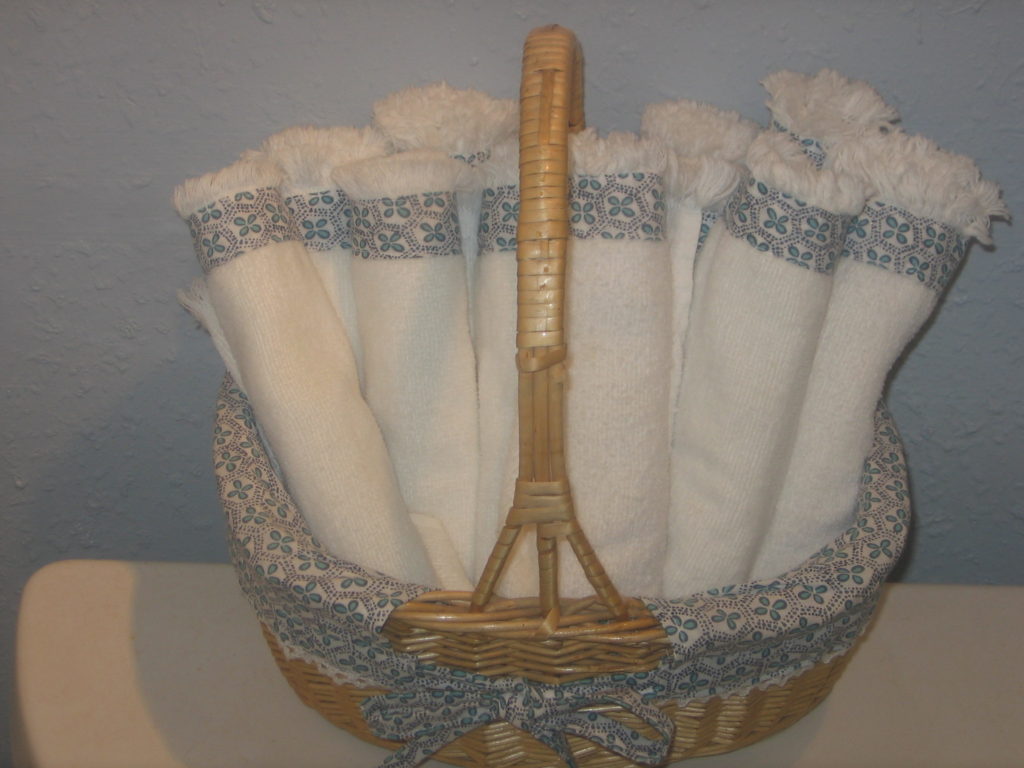 I did the same trim on my hand towels. 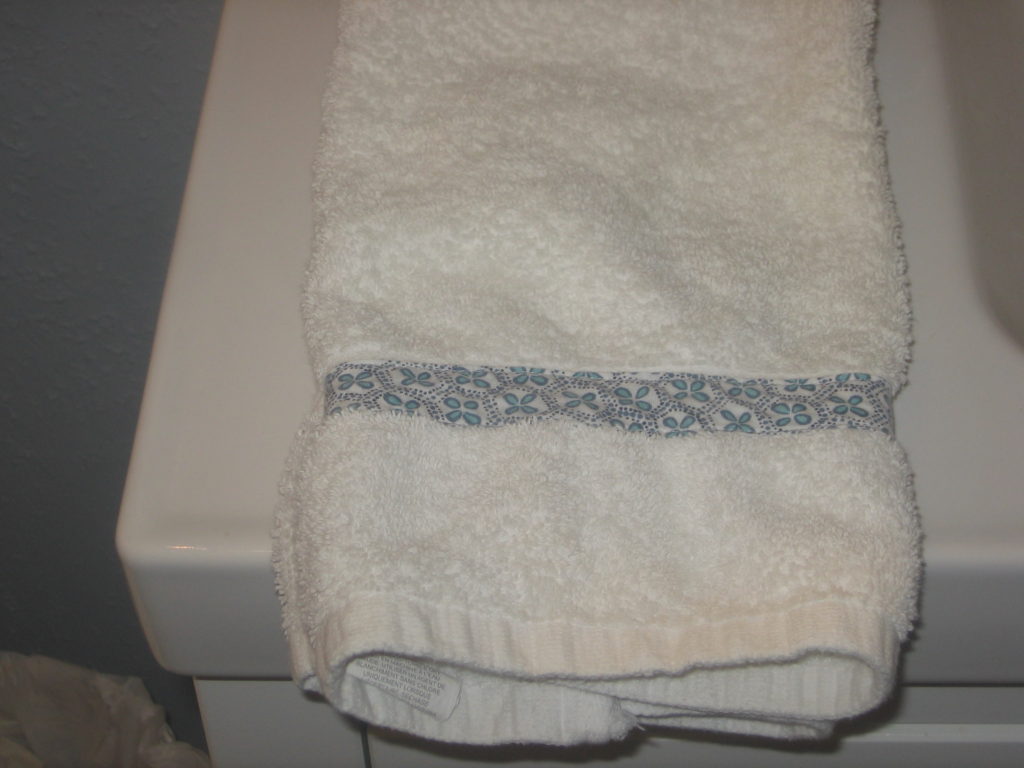 There are other things I would like to make for my bathroom, but this is a good start for now! May this inspire your own handmade decorating.